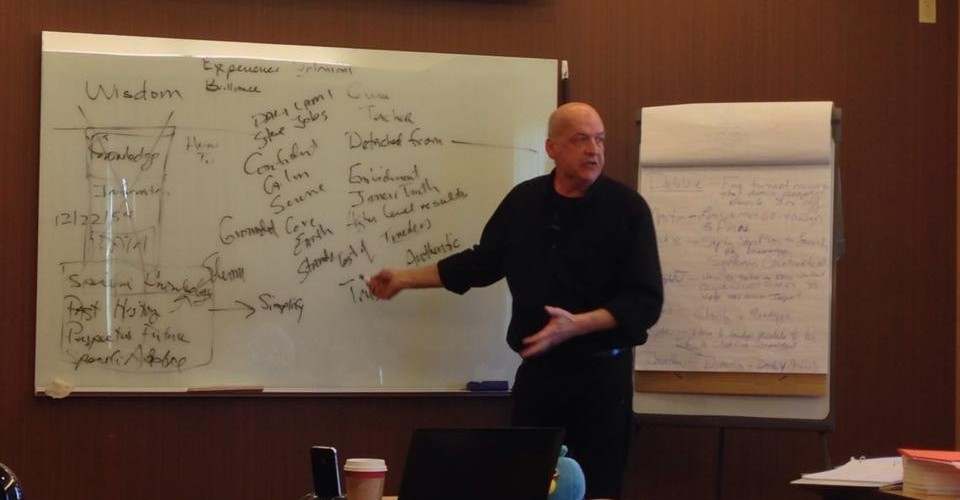 Friday June 3rd 2011 in Denver Colorado Rick Butts is  being held down on a bed on the 3rd floor of the Denver Health Care Hospital and the room is filled with nearly every nurse, resident, orderly and employee on the floor.

Rick is drenched in his own blood and so are they.

The surgeon who had performed a cancer removal surgery on Rick earlier that morning, was on top of him trying to stop the artery in his neck from bleeding any more.

Only a few short months ago, Rick had been alive and well on the expert panel at jvAlert Live in Denver and now he was fighting for his life.

Rick had spent a long journey to get to that place.  In his own words …

“In the process of raising myself up from a booze and dope head musician I devoured all the self help, success, and motivation literature I could find. I parlayed that knowledge and life experience into a career as a motivational speaker, traveling internationally to give my keynote speech at conventions.”

Rick was blazingly successful as a keynote speaker.  If you had a chance to hear him it was magic.

But life turns on a dime and now Rick is fighting for his.  Luckily the room full of medical experts managed to get the bleeding stopped, but that is just the start of a long battle and it got Rick to thinking …

“While I was in danger, I made no deals with God. I was ready to go – and the life I had was frankly not bringing me much happiness. On reflection I wondered why I was so apathetic about the outcome and now I believe I know why.I have simply not been doing the kind of work I was capable of, and letting illness and momentum keep me on the sidelines.”

Now Rick is realizing that for him …

The best stuff is still on the drawing board

After that dramatic start to his battle with cancer, Rick got off his BUTT and created some of the best work of his life.

His work included his Wisdom Thesis Workshops and “The Big Butts of Life – Get Off Your Excuses and Do Big Things!”

If you haven’t read his books, you should do it now.

Now it’s 2015 and last night Rick Butts died, with a lot left on the drawing board.

Just last week we were planning an East Coast Wisdom Thesis event.  He had so much left to share.

After experiencing the lingering march towards the death of my father, I’m thankful that Rick was moving on his adventure to the very end as my father was as he spread his smile until the day he died.

If Rick were with us today, he’d be asking you …

“Is your life still on the drawing board?”

If it is … “Get Off Your Excuses and Do Big Things!”