Home » Blog » Filmmaking » How to Finance a Feature Film 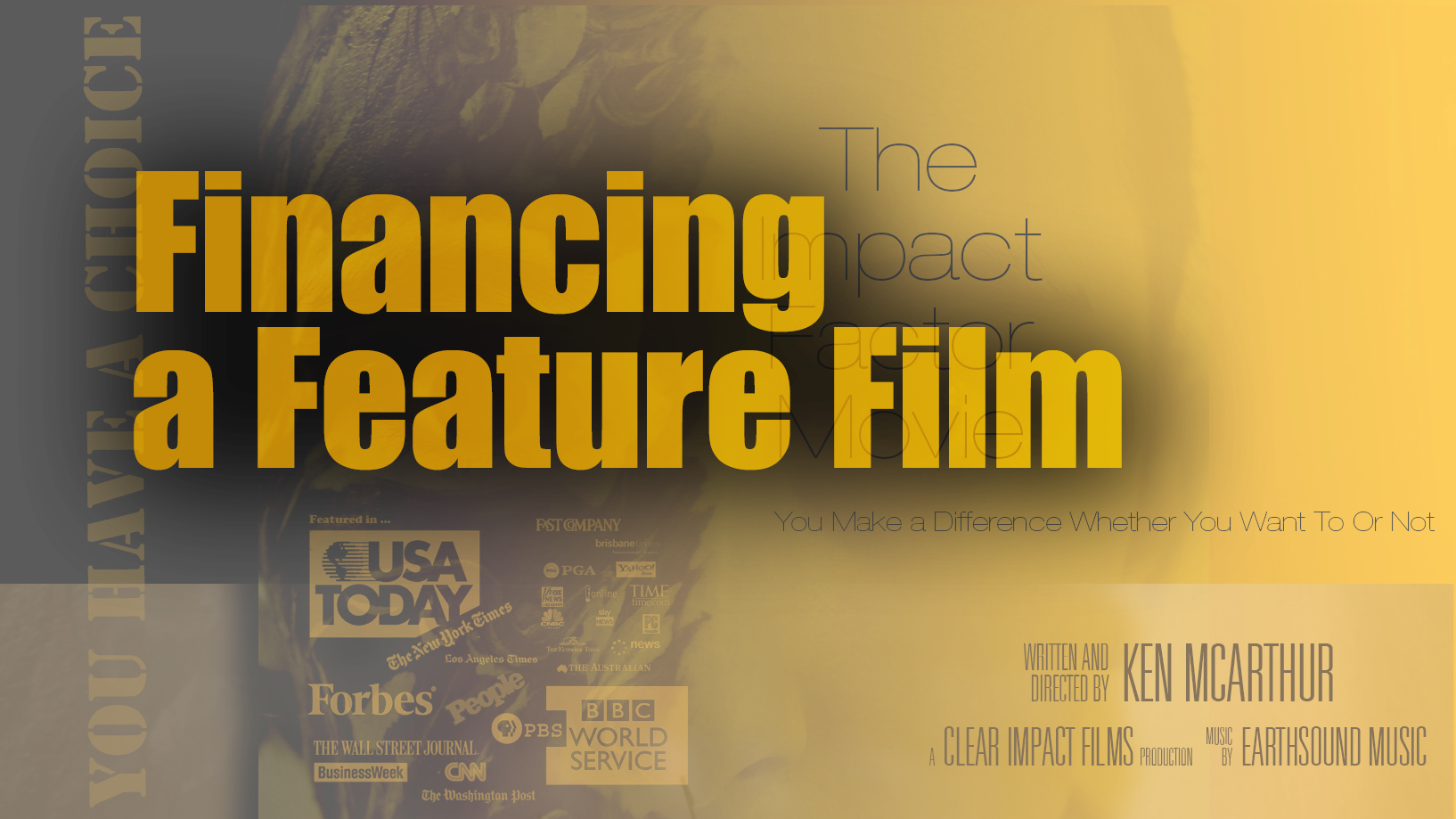 Logline: A diverse group of Philadelphia residents try to live significant lives as they collide in interweaving stories of impact.

FIRST STEP: Create the Story and Lock in the Script

It’s a drama about a diverse group of Philadelphia residents who try to live significant lives, as they collide in interweaving stories of impact.

The feature film is a mosaic of interrelated characters in search of power, peace, forgiveness, and meaning in a very noisy world. This movie follows the style of movies like Crash, Magnolia and Grand Canyon by showing the connections between diverse people in a tight geographic area and the impact our small actions have on the people around us.

NEXT STEP: Create the “Package”

No matter how you finance a film — unless you can afford to shell out the cash you need – you will need something to show potential investors and other financial stakeholders.

Typically, this takes the form of a prospectus and supporting materials which includes things like the script, the team, the budget, the distribution models, financial projections and more.

This is not as easy as you might imagine.

Some of the steps include:

The potential funding sources for films are increasing every day.  Here are a few of the possibilities for the Impact Factor feature film.

Equity is selling off a portion on your project for a cash investment made to your project by a single investor, a group of investors  and personal investments. (friends and family)

In most cases, equity investments require that the investor own a stake in the film and in many situations that investment must be paid back (typically on their principal investment + 20%) before profit is seen on the side of the filmmakers.

For filmmakers, the key element of the JOBS Act is Title III. Prior to its passage, it was illegal for “unaccredited investors” to invest in private companies. You could only get accreditation if you earned more than $200,000 a year, with a net worth of more than $1 million. With Title III, private investment is open to anyone. (Investors whose net worth or income is below $100,000 can invest up to $2,000 or 5% of their annual income or net worth, whichever is lower.)

Pre-sales are agreements made with distributors before the film is produced. A distributor decides how much your project is worth based on the “package” (the script, the attached talent, and crew, as well as the marketing plan)  If you land a pre-sales contract, you can then take out a bank loan using the contract as collateral. In some cases, distributors will offer direct payment. (at a discounted rate)

Once there are solid assets in place, the company is now worth something, so you may be able to get a loan from a bank or a private lender based on collateral. Gap financing is only available when there is adequate security for the investor to leverage.

Pennsylvania offers a 25% Tax Credit to films that spend at least 60% of their total production budget in the Commonwealth.

Producers are able to avoid costs on a project if they are able to negotiate a deferred deal.

Agreements for deferred payment basically allow crew, cast, vendors, locations, and services to render services at no cost or a reduced cost until the film goes into profit.

There are thousands of grants available for filmmaking each year. The benefits of a film grant include:

NEXT STEP: Create a Detailed Plan and Sequence for Locking in the Funding Sources

With your package in place, talent signed on, a strong team on board, and a well-developed script, you can now start choosing the funding sources you want to leverage and start putting together a launch plan for creating as much excitement, synergy and community building, not to mention the greatest amount of FINANCIAL resources from your campaign.

Planning now will maximize your dollars.

NEXT STEP: Execute the Plan

Get some rest first, because It’s going to be intensive. But, congratulations!  You’ve done the pre-work.

Now all you need to do is execute the plan!

So what’s the plan for financing the Impact Factor Movie?

March right through all of those steps:

This is preliminary, because although we’ve done a LOT of work getting to where we are, we still aren’t finished with all of these steps.

Right now we are working through script breakdown, casting, crew and team, budgeting, but already it’s starting to come together.

At this point, it looks like the Impact Factor Movie can be made for a $250K budget on an 18 day shoot.

That budget could scale up based on the total amount of money we are able to raise through all of our funding resources.

Most likely I’ll try bringing in a couple of equity partners first.  That gives us a solid base to build on.

Why would someone want to invest in a film?

For U.S. investors and films that qualify, a $1,000,000 investment in a film would offer approximately $396,000 reduction in federal tax liability and another $250,000 to $350,000 or more in cash refunds via state incentives prior to Picture revenues. This limits the capital at-risk to approximately 30% of the total investment. If the producer secures international and broadcast presales for its slate of films, the risk exposure could be virtually eliminated while the upside in future revenues still to come is limitless.

Then I’ll likely reach out to smaller investors via the crowd equity funding made possible through Title III of the Jobs Act.

We will definitely launch an extensive traditional incentives based crowdfunding campaign.  This type of funding raises not only additional funds, but greatly increases the visibility and audience for the project.

Of course we will pursue all grant sources.

Tax incentives offer a percentage of the in-state spend back in rebate form.  This allows us to offset our investors risk.

Pre-sales offer projections of value based on the elements we’ve brought together. Again to offset our investors risk.

Working together we can do so much than we ever can alone!

Let me know how you would like to be involved in this amazing project!

2 thoughts on “How to Finance a Feature Film”