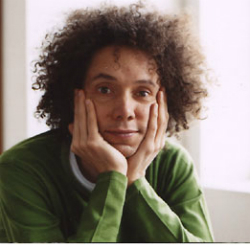 Malcolm Gladwell, author of  David and Goliath: Underdogs, Misfits, and the Art of Battling Giants, Tipping Point and Blink and other amazing works is such an detailed, fact-filled icon that you KNOW the guy is THE authority on how ideas move and spread, but his real genius is that he’s a master story teller.

Now, Malcolm has admitted telling a few tall tales in his time, notably several years ago at “The Moth” , which is a storytelling organization that poet and novelist George Dawes Green, started in New York to capture the feeling of a small circle of friends gathering to spin spellbinding tales.

Malcolm told the audience a tale of his first job at the Washington Post, where he was assigned to the “Business Desk”

The tale that he chose to spin that night involved a contest to plant certain key phrases into news stories. (Note the link is to the unedited version, Malcolm uses a couple choice words at the beginning of his tale, but the story itself is G rated.)

The contest was between Malcolm and a fellow writer and the goal was to insert the phrase “Raises new and troubling questions” into the most possible news stories.

Now Malcolm was telling a tall tale, and tall tales are NOT supposed to be true. Malcolm says to take his story with a huge grain of salt, but stories are certainly a way that gets ideas to spread.

Stories engage us and we really listen to them.

In fact, we listen MORE CLOSELY to stories when we don’t know the whole story!

And we listen more when people whisper than when they shout.

Malcolm turned up some pretty interesting ways to insert the phrase, “Raises new and troubling questions” into the most possible news stories and now our Impact Action Team, is doing the same sort of thing with”Zingwhacker Ideas.” Only a couple of weeks ago there where ZERO search results on the term “zingwhacker” and now there are hundreds.

Why would people be talking about something when they don’t even know what it means?

John Kremer, the author of a number of books on publishing and marketing, including 1001 Ways to Market Your Books: For Authors and Publishers (6th Edition), predicted that “zingwhacker ideas” would be mentioned on the Tonight Show by Jay Leno before this campaign was done.

People love to imagine and speculate and gossip.

I hadn’t run across Malcolm’s tall tale when I wrote my new book, Impact: How to Get Noticed, Motivate Millions and Make a Difference in a Noisy World or when I started my Zingwhacker whisper campaign, but I could definitely use Malcolm’s creative mind at work spreading the speculation and the concept of Zingwhacker ideas. Imagine the ideas Malcolm could come up with!

Or better yet … How many can YOU come up with!

I’ll bet I could come up with some kind of a prize for the most creative zingwhacker viral buzz creator. What kind of creative ways can you think of to insert the term into a high traffic blog post or a website?

But that’s just level one …

That part is simple.

In fact, I just inserted a Zingwhacker reference and a link back to TheImpactFactor (you could use your own referral link) on Malcolm Gladwell’s high traffic blog, by posting a relevant comment on Malcolm’s blog post.

That was easy and very targeted to people that would be interested in my book and coaching program. Plus who knows, it might even catch Malcolm’s eye. (Malcolm let me know if you DO read this blog post!)

Here is FREE software that finds blog posts that are related to particular keywords, so that you can easily search out high traffic blogs related to a book or product launch.

Why not try latching on to EXISTING Buzz?

One of the things that I teach in Impact: How to Get Noticed, Motivate Millions and Make a Difference in a Noisy World is how to identify existing networks and key resources within those networks. So if someone or something already has the attention of your audience all you need to do is to link the existing buzz to whatever you are doing.

Here’s how it might work on a very BASIC level.

One of the stories in Impact: How to Get Noticed, Motivate Millions and Make a Difference in a Noisy World is the story of Juan Mann and the “Free Hugs Campaign” which gained a great deal of attention through the creation of a YouTube Video which has so far had over 25,720,018 views as of the writing of this post.

In a sense, I am latching onto the network of people who are interested in this video and the “Free Hugs Campaign” by writing about it, but I can also link directly into that existing community by commenting on the video and referencing my book. Even more interesting is the fact that there are MULTIPLE videos that have hundreds of thousands of views that are only RELATED to the original YouTube video.

That means that by creating a video that references both the original and Impact: How to Get Noticed, Motivate Millions and Make a Difference in a Noisy World or Zingwhacker ideas, that I can tag into the traffic and community ALREADY existing and interested in making a difference and get them to notice my ideas, products and services.

How creative can YOU be?

I’d love to see what you’ve come up with, so be sure to let me know and I’ll share it with the group. This will be a very interesting and creative experiment. Imagine that you are Malcolm Gladwell — just missing the hairdo!

P.S. Deception is a different thing than a tall tale, make sure you know the difference.

One thought on “Malcolm Gladwell Lies!”