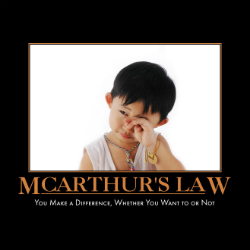 Just when you thought it was safe to play in the street, you find out the crushing news.

Suicide is not your way out.

Whether you live or not matters, because just by existing you impact the world every day and that’s not even considering the powerful force of the choices you make.

Jack Stanford might like to commit suicide, but he is too afraid to even try.  His father tried to make a man out of him by administering regular beatings, forcing him to have sex at the age of twelve and  berating him at every opportunity, but it only served to make Jack quiet, desperate for sexual attention and lost in a world of fantasy.

Today Jack gets up deep in a world filled with empty, searching for someone to make his life more full and his eyes scan the sidewalks for attractive women as he drives aimlessly around a world he can’t even imagine entering.

Stan Segal will be a chemist someday, but today he is up at 5 AM spreading rock salt because he works for the maintenance department part-time  on a work/study scholarship and the sidewalks are covered in ice.

Daniela Frank studies French at Harvard and makes the choice to wear a red béret.  She knows that The French word béret, is based on the Béarnais Berret, a “sort of flat woolen cap, worn by the local peasants,” but she decides to wear the cap not because of its origins but because it matches her gloves and the temperature is 19 degrees Fahrenheit as she leaves her room to walk to class.

Francesca Francis is a genetic rockstar, the ultimate combination of brains and body, packaged in a frantic energy with a drive to always be better than anyone in the room. Frantic this morning means a driving need for coffee to kickstart the day, but because she has last minute thoughts about the paper that she is presenting at 10 AM to the research funding committee, she can’t really make the usual five minute stop at Starbucks, without messing up her always flawless arrival.

In an instant, Francesca decides to risk it and is now officially five minutes behind with ten minutes left in her drive and the accelerator moves closer to the floorboard.

If Stan hadn’t been up most of the night trying to impress three of his friends with his drinking abilities, he might have made the choice to pick up the bag of calcium chloride instead of the rock salt because stored away somewhere in his impressive memory is the fact that while both are effective a ice melting, sodium chloride only melts ice when the temperature is above 20 degrees while calcium chloride will melt ice  in temperatures down to -25 degrees.

If Francesca had decided to forget the coffee, she would have arrived at the corner of Holyoke Street and Massachusetts Avenue  five minutes earlier and would have likely been traveling a more careful 35 miles per hour instead of 45 miles per hour which would have decreased her skid distance on ice from 451.6 feet to a slightly more manageable 273.19 feet.

If Jack’s father hadn’t tried so hard to make him a man, he might not have been scanning the sidewalk looking for attractive women.

If Daniela hadn’t chosen to wear a red béret as she walked past the Harvard Shirt Shop at 9:53 AM, then Jack’s eye might not have been drawn to the sweep of red in his peripheral vision as Daniela slipped on the ice, causing  Jack’s aging Buick to move fifteen inches to the right which was just enough to catch the corner of Francesca’s skidding Mercedes.

But, the extraordinary insight to be gained from these events is not what you think.

It’s not the fact that any small deviation in choices might have avoided the accident.

The insight you should focus on is the extraordinary fact that every choice you make, no matter how small, has incredible impact on the world around you.

Every day you make countless choices like the people in this story and every one of those choices eventually affects thousands, if not millions, of people impacted by your actions and your very existence.

You make a difference whether you want to or not.

P.S. Let’s get together in person.  It makes life so much better!

7 thoughts on “Suicide is Not Your Way Out”