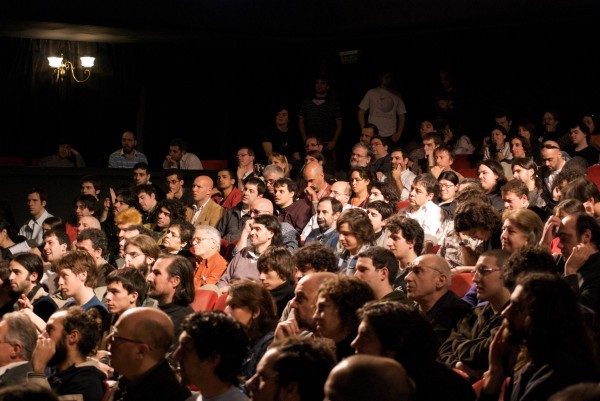 After recently completing principal filming for the Impact Manifesto Short Film, I quickly did a rough edit and sent a preview to 6 close and respected friends, marketing experts and thought leaders for feedback.

The responses were detailed and specific and very helpful.

I know these people and it was clear immediately … they definitely weren’t holding back their true opinions — many of which were not the glowing reviews we all hope for!

My friends had great insights and really helped me see some things that I need to work on before this goes out to “prime-time.”

I have to admit it was a bit depressing, because I’d hoped to premier this short film at The Impact Event? in Philadelphia, next weekend and clearly it still needed work.

I knew it was a long shot to get something ready, because we just finished principal filming on July 12th, but I’d been hoping I could rush it through.

It’s just not going to happen, because I want this work to reflect the quality of the message.

So LOTS more work to do and I’m eager to get started on it.

There was lots of discussion on the topic of feedback on the Facebook thread at:

And as a result of some of the comments made by the always wise Declan Dunn, I decided to survey thousands of people who DON’T know me, my history or my core message and get some unbiased perspective on what people thought of the short film cut.

Many of my current audience don’t realize that for over a decade and a half I’ve operated one of the first research sites on the Internet and have about 60 thousand people I can poll on topics, so I invited people from all over the world to view the rough cut and early results are in,

I asked them to rate the short film on a scale of 1 – 5 in five separate categories and then asked specific open ended questions to ask them to describe the key ideas in the film, things that could be improved and what they liked and didn’t like.

From two days worth of results, the ratings in all 5 areas were all in the 4-5 range on a scale of 5 being best.

It’s clear that the key message is getting through, because I asked them to tell me what the message was and they were able to articulate it.

In an anonymous environment, survey results are typically BRUTAL on any topic. Believe me I’ve seen a LOT of survey results and when people are free to speak their minds they don’t hold back, but I was truly shocked that there was less than 1% negative feedback.

Why would the results be so different, between my trusted friends who are experts and fans — and knew that I would know they were the people responding — and the people who have no idea who did this work?

And why would they be so much more critical than people who don’t know me and could care less?

I think part of the answer is in the message.

People love the message and it’s an important one.

“You make a difference, whether you want to or not.”

My friends CARE that this be the best short film it can possibly be!

Because they know how much it means to me to get that message out clearly and to the standards that I want to take this.

The people who didn’t know me, didn’t really care so much about whether the music was right, the visuals were good, the ideas were too complex, the acting wasn’t perfect.

They responded to the message, because they thought it was important.

So were my close friends wrong?

There is MUCH to be improved!

I know exactly how to make the message clearer, the visuals more powerful, the music better, the editing more powerful as a result of their honest, heart-felt and truthful feedback!

I’m eager to do that work!

Was my anonymous audience wrong?